Additional resources to help you on your journey of Faith 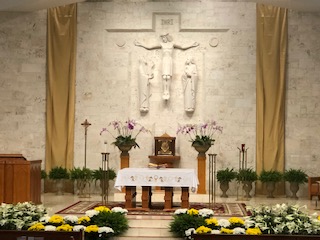 Requested by
The Puga-Sanchez Family 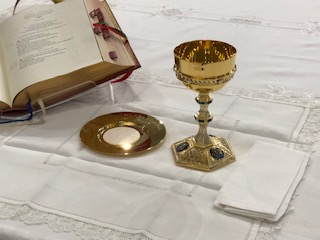 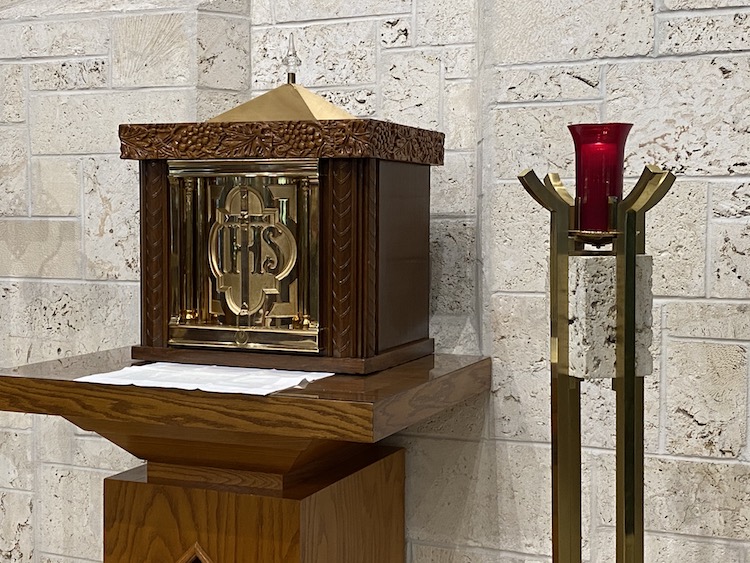 Sanctuary Lamp Offered In Thanksgiving for The Okwor Family

Requested by
The Okwor Family

Voice of the Family presents Our Lady of the Rosary Family Catechism, an entire online video catechism course which provides children and their families, completely free of charge, with the unique opportunity to learn the timeless truths of the Catholic Faith according to the classic Baltimore Catechism. This program will be a real asset to Catholic parents, the primary educators of their children. The easily accessible lessons of Our Lady or the Rosary Family Catechism are presented by Fr Anthony Pillari JCL, MCL, STB with the view that all children and families commit the Baltimore Catechism to memory, as generations of Catholics used to do. By taking up this delightful challenge, we are invited to join the mission given by Our Lady at Fatima: to work for the salvation of souls by striving for holiness in our daily lives. Sign up today, become crusaders for Christ!

ARE YOU AN ACTIVE PARISHIONER?
FAITH FORMATION
FATHERS OF THE CHURCH
SUNDAY READINGS AND VIDEO REFLECTION
WEEKDAY READINGS

God’s love is Incarnate in Jesus Christ, the Risen Lord. He showed us how He loves us until death on the Cross. Now in this easter season, let us learn and re-learn to love always and to maximize our actions and ways to love.

Our ministry aims to help the faithful adult to grow in both Human and Christian maturity.
As part of this goal we offer links to Adult Faith Formation videos.

Empowerment - Believe in the Transformative Power of the Risen Lord

Easter Season gives us abundant graces. Christ’s rising from the dead is our model to rise as well from our sinfulness, from our vices, and from anything that make us mediocre in the faith. Let Christ’s Resurrection be an empowering truth in your daily life to live it as God expects us to.

FATHERS & DOCTORS OF THE CHURCH

FATHERS OF THE CHURCH

DOCTORS OF THE CHURCH 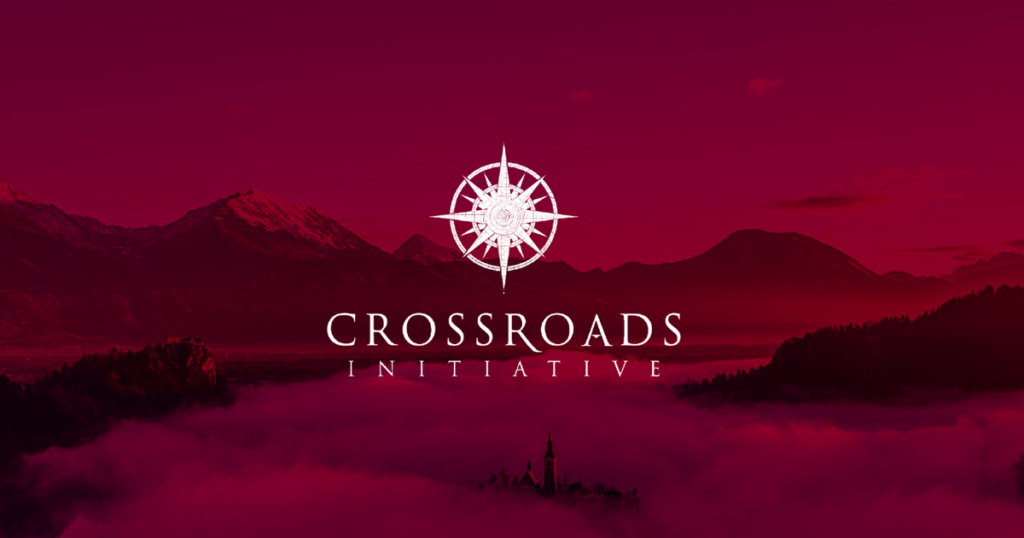 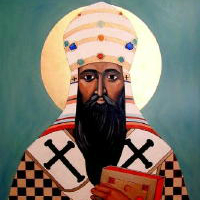 Cyril of Alexandria here emphasizes that the risen body of Jesus Christ, received in the Eucharist, gives life to those who receive it, expelling death and corruption.
I am dying for all men”, says the Lord. “I am dying to give them life through myself and to redeem the whole human race through my humanity. In my death, death itself will die and man’s fallen nature will rise again with me. I wanted to be like my brothers in every respect, so I became a man like you, a descendant of Abraham.”
Understanding this well Saint Paul says: As the children of a family share the same flesh and blood, he too shared our human nature so that by his death he could destroy the power of the devil, the prince of death. Death itself and the prince of death could be destroyed only by Christ, who is above all, giving himself up as a ransom for all.
And so, speaking as a spotless victim offering himself for us to God the Father, Christ says in one of the psalms: You desired no sacrifices or offerings, but you have prepared a body for me. You took no pleasure in holocausts or sin offerings. Then I said, “Behold, I am coming.”
He was crucified for all, desiring his one death for all to give all of us life in him. It was impossible for him to be conquered by death; nor could he who by his very nature is life be subject to corruption. Yet we know that Christ offered his flesh for the life of the world from his own prayer, Holy Father, protect them, and from his words, For their sake I consecrate myself.
By saying that he consecrates himself he means that he offers himself to God as a spotless and sweet-smelling sacrifice. According to the law, anything offered upon the altar was consecrated and considered holy. So Christ gave his own body for the life of all, and makes it the channel through which life flows once more into us. How he does this I will explain to the best of my ability.
When the life-giving Word of God dwelt in human flesh, he changed it into that good thing which is distinctively his, namely, life; and by being wholly united to the flesh in a way beyond our comprehension, he gave it the life-giving power which he has by his very nature. Therefore, the body of Christ gives life to those who receive it. Its presence in mortal men expels death and drives away corruption because it contains within itself in his entirety the Word who totally abolishes corruption.
This post on the Body of Christ giving life to those who receive it is an excerpt from Saint Cyril of Alexandria’s Commentary on the Gospel of John (Lib. 4, 2: PG 73, 563-566). It is used in the Roman Office of Readings for Saturday of the third (3rd) week of Easter with accompanying biblical reading of Revelation 11;1-19.

The Crossroads Initiative is a band of wayfarers who’ve been gripped by the life and teaching of Jesus Christ and are trying to become his disciples. They are following him down a road that is as challenging as it is exciting. Their mission is to urge others, no matter what stage they’ve reached, to press on further down the road…and bring others along with them. 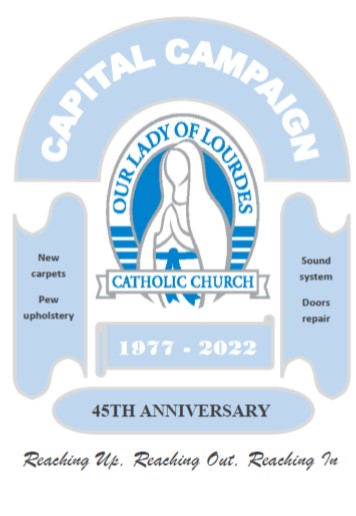 The calendar is based upon the General Roman Calendar, promulgated by Pope Saint Paul VI on February 14, 1969, subsequently amended by the Holy See, and the Proper Calendar for the Dioceses of the United States of America, approved by the USCCB and confirmed in 2010 by the Congregation for Divine Worship and the Discipline of the Sacraments.

ARE YOU AN ACTIVE PARISHIONER? 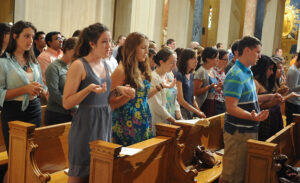 A Parish is not simply a “branch office” of the Church, nor a periodic audience of people, nor an occasional public; but it is a formally organized social group. It is a portion of a Diocese under the authority of a Priest legitimately appointed to secure in virtue of his office for the faithful dwelling therein, the helps of religion.

The faithful are called parishioners, and they become parishioners by acquiring a domicile or a quasi-domicile within the geographical boundaries or territory of the Parish.

These rights and services within the church bring with them certain obligations, as in any form of community.

To be considered “active,” a parishioners must be:

Active participation in Christian Stewardship makes you an ACTIVE parishioner.

Our Parish is sustained through the Generosity Of Parishioners And anyone of goodwill.

Each Parish has the responsibility to support the needs and ministries of the Diocese.

Any help given will be a step closer to realizing the dream of having a Shrine to Our Lady of Lourdes in our parish.

Links To Websites Of Interest

THE 5:00PM SUNDAY MASS HAS BEEN CANCELLED UNTIL FURTHER NOTICE